Cieloscent Book Club.  The Game of life and how to play it by Florence Scovel Shinn.

Thank you for joining me today!

Little Rosanna Horton was a very poor little girl. When I tell you more about her, you will think that was a very odd thing to say.

She lived in one of the most beautiful homes in Louisville, a city full of beautiful homes. And Rosanna’s was one of the loveliest. It was a great, rambling house of red brick with wide porches in the front and on either side. On the right of the house was a wonderful garden. It covered half a square, and was surrounded by a high stone wall. No one could look in to see what she was doing. That was rather nice, but of course no one could look out either to see what they were doing on the brick sidewalk, and that does not seem so nice.

At the back of the garden, facing on a clean bricked alley, was the garage, big enough to hold four automobiles. The garage was covered with vines. Otherwise, it would have been a queer looking building, with its one door opening into the garden, and on that side not another door or window either upstairs or down. The upstairs part was a really lovely little apartment for the chauffeur to live in, but all the windows had been put on the side or in front because old Mrs. Horton, Rosanna’s grandmother, did not think that chauffeurs’ families were ever the sort who ought to look down into the garden where Rosanna played and where she herself sat in state and had tea served of an afternoon.

At one side of the garden where the roses were wildest and the flowers grew thickest was a little cottage, built to fit Rosanna. Grown people had to stoop to get in and their heads almost scraped the ceilings. The furniture all fitted Rosanna too, even to the tiny piano. This was Rosanna’s playhouse. She kept her dolls here, and there was a desk with all sorts of writing paper that a maid sorted and put in order every morning before Rosanna came out.

This doesn’t sound as though Rosanna was such a poor little girl, does it? But just you wait.

A good ways back of this playhouse was another small building that looked like a little stable. It was a stable—a really truly stable built to fit Rosanna’s tiny pony. He had a little box stall, and at one side there was space for the shiniest, prettiest cart.

Rosanna did not go to school. There was a schoolroom in the house, but I will tell you about that some other time. Rosanna disliked it very much: a schoolroom with just one little girl in it! You wouldn’t like it yourself, would you?

Rosanna’s clothes were the prettiest ever; much prettier then than they are now. And such stacks of them! There was a whole dresser full of ribbons and trinkets and jewelry besides. (Poor little Rosanna!)

She danced like a fairy, and every day she had a music lesson which was given her, like a bad pill, by a severe lady in spectacles who ought never to have tried to smile because it made her face look cracked all over and you felt so much better when the smile was over. Oh, poor, poor, poor little Rosanna!

Do you begin to guess why?

You have not heard me say a word about her dear loving mother and her big joky father, have you? They were both dead! This is such a pitiful thing to have come to any little girl that I can scarcely bear to tell you. Both were dead, and Rosanna lived with her grandmother, who was a very proud and important lady indeed. There was a young uncle who might have been good friends with Rosanna and made things easier but she scarcely knew him. He had been away to college and after that, three years in the army. Once a week she wrote to him, in France; but her grandmother corrected the letters and usually made her write them over, so they were not very long and certainly were not interesting.

Mrs. Horton was sure that her son’s little daughter could never be worthy of her name and family if she was allowed to “mix,” as she put it, with other children. So Rosanna was not allowed to have any other children for friends, and Mrs. Horton was too blind with all her foolish family pride to see that Rosanna was getting queer and vain and overbearing. Every day they took a drive together, usually through the parks or out the river road. Mrs. Horton did not like to drive down town. She did not like the people who filled the streets. She said they were “frightfully ordinary.” It was a shameful thing to be ordinary in Mrs. Horton’s opinion. She had not looked it up in the dictionary or she would have chosen some other word because being ordinary according to the dictionary is no crime at all. It is not even a disgrace.

Rosanna’s books were always about flowers and fairies, or animals that talked, or music that romped up and down the bars spelling little words. There were never any people in them, and if any one sent her a book at Christmas about some poor little girl who wore a pinafore and helped her mother and lived in two rooms and was ever so happy, that book had a way of getting itself changed for some other book about bees or flowers the very night before Christmas.

“She will know about those things soon enough,” said Rosanna’s grandmother.

But every afternoon when they sat in the rose arbor in the middle of the beautiful garden, Rosanna would get tired reading and she would stare up at the clouds and see how many faces she could find.

One day she startled and of course shocked her grandmother by saying in a low voice, “Dean Harriman!”

“Where?” said Mrs. Horton, staring down the walk.

“In that littlest cloud,” said Rosanna, unconscious of startling her grandmother. “It is very good of him, only his nose is even funnier than it is really. Sort of knobby, you know.”

“Please do not say ‘sort of,'” said Mrs. Horton. “And if you are looking at pictures in the clouds, I consider it a waste of time, Rosanna!”

She struck a little bell, and the house boy came hurrying across the lawn. Mrs. Horton turned to him.

“Find Minnie,” she said, “and tell her to send Miss Rosanna a volume of Classical Pictures for Young Eyes.”

So Rosanna looked at Classical Pictures, and for that afternoon at least kept her young eyes away from the clouds. And never again did she share her pictures with her grandmother.

Rosanna was not a spiritless child, but every day and all day her life slipped on in its dull groove and she did not know how to get out.

Poor little Rosanna! To the little girl behind it, a six-foot brick wall looks as high as the sky. And the garden, as I have told you before, was a very, very big garden indeed. Plenty large enough to be very lonesome in.

One morning Mrs. Horton was not ready to drive at the appointed time. Rosanna was ready, however, and was dancing around on the front porch when the automobile rolled up. She ran toward it but drew back at the sight of a strange chauffeur. He touched his cap and said “Good morning!” in a hearty, friendly way, very different to the stiff manner of the man who had been driving them. Rosanna went down to him.

“Where is Albert?” she asked.

“What is your name?” said Rosanna.

“John Culver,” said the new chauffeur. “What is your name?”

Rosanna frowned a little. She liked this new man with his crinkly, twinkly blue eyes and white teeth. A deep scar creased his jaw, but it did not spoil his friendly, keen face. But chauffeurs usually did not ask her name. There had been so many going and coming during the war. She decided to walk away but could not resist his friendly eyes.

“I am Miss Rosanna,” she said proudly.

“Oh!” said the man, and Rosanna had a feeling that he was amused. So she went on speaking. “I will get in the car, if you please, and wait for my grandmother.”

He opened the door of the limousine and before she could place her foot on the step, he swung her lightly off her feet and into the car.

“There you are, kiddie!” he said pleasantly, and Rosanna was too stunned to say more than “Thank you!” as the door opened and her grandmother appeared, the maid following, laden with the small dog.

Mrs. Horton nodded to the new man and gave an order as he closed the door.

“Our new man,” said Mrs. Horton to Rosanna, then settled back in her corner and took out a list which she commenced to check off with a gold pencil. Rosanna, holding the dog, looked out the windows.

There were children all along the street: little girls playing dolls on front doorsteps and other little girls walking in happy groups or skipping rope. Boys on bicycles circled everywhere and shouted to each other. They made a short cut through one of the poor sections of the city. Here it was the same: children everywhere, all having the best sort of time. They were not so well dressed, that was all the difference. They had the same carefree look in their eyes. Rosanna gazed out wistfully, longingly.

And now you surely guess why Rosanna, with her beautiful home, her pony and her playhouse, her lovely garden, and her room full of pretty things, still was so very, very poor.

Rosanna did not have a single friend.

Welcome to Cieloscent Book club.  We are up to  The Miracle of Right Thought-Chapter Three-“Working for

one thing and expecting something else”. Thank  you for joining us today!

34.51 minutes: Cieloscent Book Club- We are up to chapter Two-

We are up to chapter Two.  It’s so important to be “mindful” of what you constantly think about.  In this chapter we learn what I refer to as  “mind management”.  Thanks for joining me today! Enjoy!

Check out our other podcasts:
Cieloscent Rosary Network for healing the body, mind and soul-http://rosary.cieloscent.com/
Smiles & Hugs-
Cieloscent

Cieloscent Book Club- We are up to chapter One-

We are up to chapter one.  It’s so important to be “mindful” of what you constantly think about.  In this chapter we learn what I refer to as  “mind management”.  Thanks for joining me today! Enjoy!

Check out our other podcasts:
Cieloscent Rosary Network for healing the body, mind and soul-http://rosary.cieloscent.com/
Smiles & Hugs-
Cieloscent 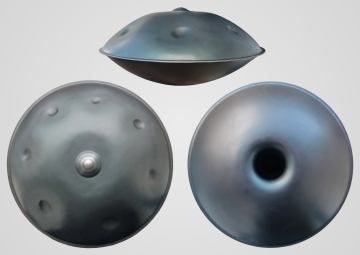 Are You Needy or Just affectionate? How Can We Draw Boundaries Without Hurting Feelings?

Final Chapter 07:  The Majesty Of Calmness by William George Jordan

Thank you for joining me in the reading of The Majesty Of Calmness.

Cieloscent BOOK CLUB-We have completed our first book in our reading club.

A place to nourish the mind, body and soul

Thank you for listening-